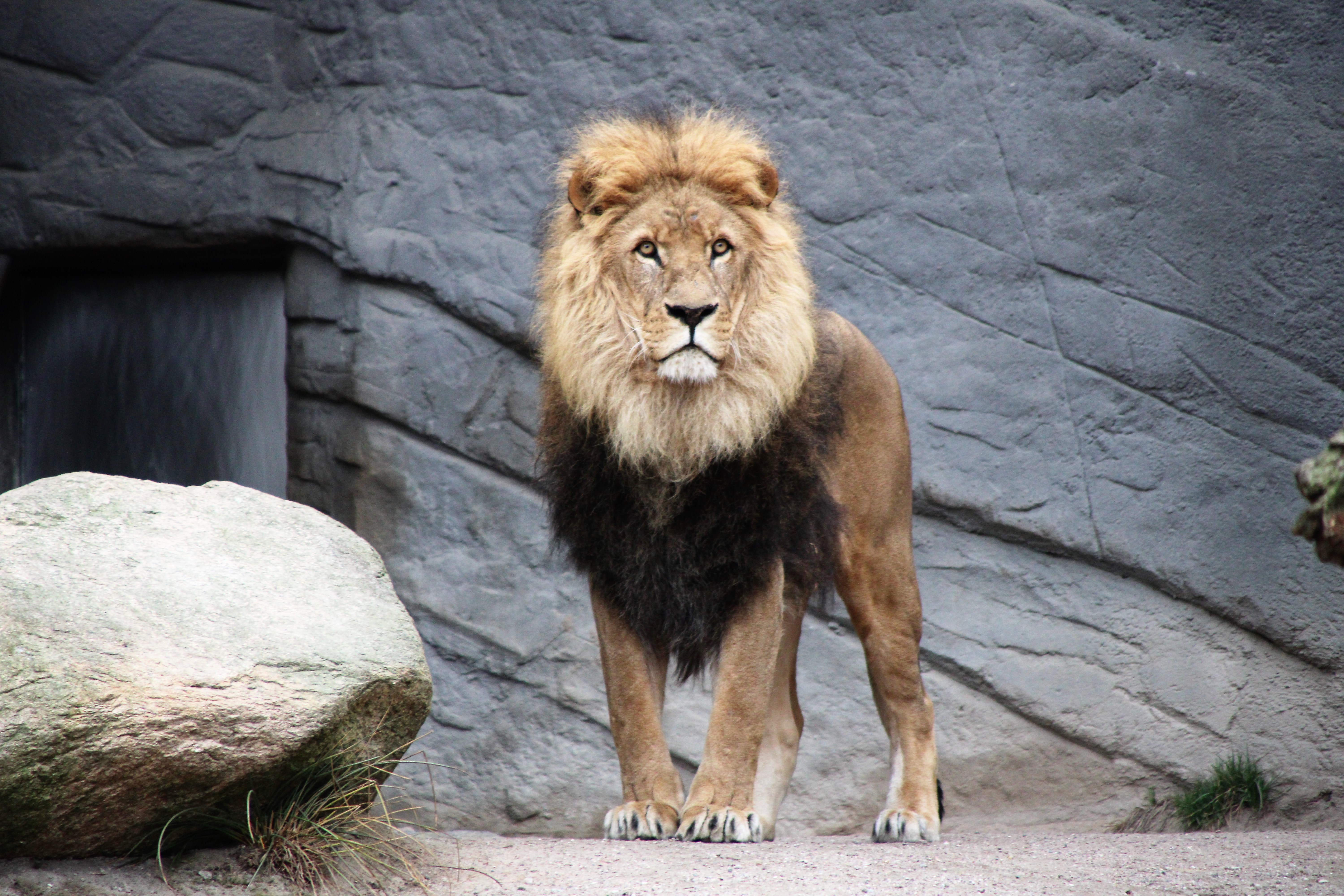 The lion gets out of the zoo and everyone is afraid.

Mrs. Dombrovski from down the street is especially afraid, ever since her husband was killed by lions.

She is haunted by his ghost, she says, torn-throat, wide-eyed, gesturing. Stands in the corner of the kitchen, or floats, more, says Mrs. Dombrovski, hovers. She thinks he is trying to tell her something.

Maybe, she says, he was trying to warn her about the zoo.

We have a song about Mr. Dombrovski we sing when we do hopscotch.

he got bitten by a lion.

Our mothers shake their heads.

“That poor woman,” they say.

Mrs. Dombrovski wears a floral house-dress, nurse’s shoes, red circles of blush. From time to time, she reaches down, massages her calves with the tips of her thumbs. Before Mr. Dombrovski was killed, they used to go out dancing.

Our parents stow us in attics while the zoo lion is loose—”lions can’t climb ladders, or is that bears,” they say, give us copies of the daily newspaper to read, pencils for the crossword puzzle. We make newsprint pirate hats, swordfight with the pencils, peek out round attic windows. We see our fathers go to Mrs. Dombrovski’s house to board up her windows with pieces of plywood.

We think: the zoo lion is like a hurricane.

In kitchens, our mothers play radio reports about the zoo lion; bake cinnamon cookies; sneak cigarettes over the sink that we can smell from our attics, even over the scent of baking. Our mothers fret that their husbands might become restless spirits like Mr. Dombrovski if they are killed by the zoo lion. Our mothers straightened our fathers’ ties before they went out the door.

From our round attic windows, we can see Mrs. Dombrovski greet our fathers at the door to her house. She is wearing the floral house-dress she always wears; she is laughing, we think, or screaming.

We have all been to Mrs. Dombrovski’s house. We have all seen the withered ghost of Mr. Dombrovski, the song of his translucent hands, the shush of his legs that disappear before they become feet. Mrs. Dombrovski brings out tea and hard crackers that we eat in the dining room, crunch, crunch, crunch. The door to the kitchen swings open and shut, open and shut. Mr. Dombrovski’s ghost never comes out of the kitchen; we wonder if he likes it there. We wonder how it feels to be killed by lions, how it feels to be a ghost.

Mrs. Dombrovski shows us photographs of yawning cats and smiles in a matronly way.

From our safe attic spaces, newspaper-pirate-hatted, we watch Mrs. Dombrovski disappear behind boards of plywood, going up, up, up over her windows. We see the straining of our fathers’ backs. In the kitchens, our mothers burn the cinnamon cookies while they chat on telephones to one another: the lion, the lion, the lion.

Cathy Ulrich has always secretly favored tigers to lions, but she supposes it's not so secret now. Her work has been published in various journals, including Threadcount, Honey & Lime, and Moria.

Photo by Mika Brandt on Unsplash