This Is Not A Toy! 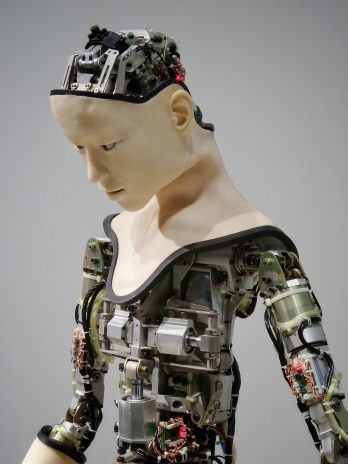 It’s when Mitch brings her to Barry and Minnie’s 14th Annual Grillin’ & Chillin’ Cookout that Barry begins to covet. A childish craving, the kind that happens when another’s new plaything renders yours boring and lame and obsolete.

He takes her in from behind mirrored shades. The way she laughs at their dumb jokes, like she means it. The way she doesn’t blunt the boozy mood with domestic buzzkill—no school drop-off bullshit or good selection, decent prices! at the new market across town or those stupid coupon booklets for The Dirty Spot Cleaners™ that come in the mail. The way she wears red lipstick and a turquoise bangle in the middle of summer, casually mentions the places she got board rash while surfing. Those eyes that say, You know you need one too, Barry… long sip from the Corona Light Minnie hands her… deserve.

Barry wants his own. He’s been so good for so long (fifteen years this Christmas!) and it’s not like Mitch is going to share.

It’s the half-off Labor Day sale that finally does him in. Barry can’t resist a steal.

Barry likes the selection (nothing cheap or too obvious), the packaging (straightforward, no strings), and the price (his soul, their savings). Barry likes that no one tries to make a sale or asks him what he’s looking for when he comes to browse, that there are no hidden cameras because can’t a man just look in peace anymore?

Barry stops by on his way home from work. Doesn’t tell his wife, doesn’t tell his children. Wants it to be a surprise, every last detail accounted for before he springs it on them. The Cat’s Outta Da Bag™ policy also forces his hand: no returns. He convinces himself this isn’t an impulse buy.

On the display near the front, he finds the one he’s been eyeing. No one else has staked a claim on her yet. He feels lucky. Gratified. Free.

He reads the bright yellow tag hanging from her green-is-go sleeve:

He reads the label stuck to the thigh of her spotless white jeans:

He stares at her glossy lips, her unencumbered gaze. Thinks about what she still might be willing to do. Barry decides he can fudge the numbers. Cassie acts old—too old—for a second grader and Drew is practically a teen. The baby will barely even notice. Assures himself the kids won’t suffocate, that they’ll understand how to play because he’s already taught them how to cheat and break rules. He pulls her down by her smooth hand, pays for her with everything he’s got.

Kristen M. Ploetz (@KristenPloetz) lives in Massachusetts. Her recent short fiction has been published (or is forthcoming) with CRAFT Literary, The Normal School, Atticus Review, Wigleaf, jmww, and elsewhere. She is currently working on a collection of short stories, and is Creative Nonfiction Editor for Atlas + Alice. You can find her on the web at www.kristenploetz.com.

← Unbearable Burden of Being
Bogey →