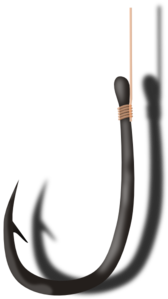 Not a soul in the harbour, night shift with leftovers on the plates and greasy glasses around the terrace, but he couldn’t be bothered, he just sat behind his open bar and the moon with its stars wasn’t bad and the harbour with its caiques looked all right, and the voices that were heard were foreign, from the back they were coming, from town, they were the Egyptian fishermen, the three Mohammeds, “Marhaba, Marhaba,” and they sat at the bar and told him with their roaring voices that they had just left a pussy-bar, and something stirred in him, like pain.

“Yeah, Pavlo, women,” said one Mohammed, as one of the other Mohammeds legged it to the loo, and this Mohammed was known around the harbour as Up-Your-Arses, that’s how they called him, not the one who went to the loo, the one who was doing the talking, the one who said, “Oh so beautiful women, man,” this one was Up-Your-Arses, and he said, “There was a blond there,” he said, “new at the place and her nails were painted red, I was getting hard, what wouldn’t I give to fuck her, but she said, ‘No, no, I’ve got my period,’ and I said, ‘How about a blowjob, baby?’ ‘No way,’ ‘No?’ ‘No, no,’ so I said, ‘Would you like another drink?’ ‘A triple vodka and coke,’ she said, and I saw they poured her just coke and charged me for vodka, and I said: ‘Can you give me a blowjob now?’ ‘I just said no, didn’t I? What’s wrong with you?’ ‘Can I touch your titties?’ ‘No!’ and my cock was hard but trapped downwards in my jeans and my nob was rubbing against the seat, I was in agony, and I said, ‘Why not, baby? Why can’t I touch your little titties?’ ‘They hurt, when I got my period my titties hurt, touch my thighs,’ but I didn’t know what thighs were and I asked what thighs were, I said, ‘Thighs? What are thighs? I’m a foreigner, what are thighs?’ and she took my hand and put it there, high up her leg, and it was warm there: ‘This is a thigh,’ she said and took my other hand and did the same thing, ‘And this is another thigh, for God’s sake you don’t know what thighs are?’ and I hadn’t fucked for a month you know, I squeezed them, those thighs, and my cock kept pushing against my jeans and my nob was rubbing on the seat and I couldn’t help it, all that agony, so I came: ‘Oh, I’m so sorry, so that’s what thighs are, eh?’ and she took my head in her hands and said, ‘You’ve gone all red and shy! Oh why don’t you talk now? Oh you’re such a sweet shy boy!’ that’s what the bitch said, she didn’t know I had come.”

“Listen, Pavlo,” said the other Mohammed, who was fat and bald, with massive earlobes, “the truth is that it’s not good that they go to pussy-bars and spend money on whores.”

“Yes, you two, of course, you and the other Mohammed, that’s all you do, you go to these bars for the women, the Koran says this is bad, and what you do is stupid.”

This was even closer to a scream. “Don’t you go to pussy-bars?”

The fat Mohammed said, “I come with you because otherwise I have nowhere to go,” and, he, too, turned to Pavlo: “What can I do, go somewhere on my own?”

Now it seemed that Pavlo had to do a bit of talking, to say something, but Pavlo preferred it when he didn’t have to talk, it seemed that the immigrants took it for granted that he had been to pussy-bars, that that’s what men do, unless they are homosexuals or there were religious issues involved, that’s what they probably thought and if that’s what they thought then fair enough that’s what they thought, but Pavlo had grown up learning that pussy-bars were filthy, only those who couldn’t get laid otherwise went there, the pervs, the mentally deranged, the fucked up ones, and he had never been in one, and that’s why he preferred to stay silent now, that’s why and also because he couldn’t stop himself from imagining that blond with the red nails: red nails turned him on, on and on, and so he imagined the blond’s hand on his cock, he imagined her hand making a fist around his cock, squeezing it.

Up-Your-Arses turned to the fat Mohammed: “If you don’t like the pussy-bars then go somewhere on your own. Don’t join me and then say that I do stupid things. Stay in the boat and read the Koran and play with your cock.”

“But I didn’t spend all my money there,” the fat one attacked. “I send money back to my family.”

Up-Your-Arses had nothing to reply on that as he probably did spend all his money in pussy-bars, so he seemed relieved to see the third Mohammed coming out of the toilet, and he laughed: “It’s this arsehole who spends everything there.”

The third Mohammed had only one arm, the other one had been sliced off one night at work, lost in the Aegean Sea, and he walked towards the bar with this air of satisfaction that some people have when they leave the toilet, and he took his time to take a seat, and didn’t go straight into answering Up-Your-Arses, he wanted to light up first, and the others watched him as he put a cigarette to his lips, they watched him taking his lighter out of his shirt pocket, striking the flint barrel, it didn’t work, striking again, the sweet little flame lit up the cigarette with tiny crackling noises, and he puffed on it, sucking in a long blast, “Mashallah,” and he left the cigarette on the ashtray and into the night rose beautiful ribbons of fine silver smoke, and maybe it was because he only had only arm that he didn’t give a shit and took his time: “So tonight, Up-Yours, you didn’t spend all your money?”

“Which was all you had.”

Up-Your-Arses laughed and told Pavlo that that was right.

The fat one spoke to Pavlo again: “But what could I do? That’s a rule when you go to those kinds of bars. If I don’t buy them drinks, they kick me out.”

All three Mohammeds looked at Pavlo now, they expected him to say something at last, to give a verdict perhaps, to judge them, but Pavlo didn’t care about their commitment to their religion, they could tell now that he didn’t care about that stuff and he could tell they liked him for not caring, but what he couldn’t tell was whether they could see through him, whether they saw that he was judging not them but himself, that he was feeling empty, sad, inferior to these immigrants who had been enjoying the life of pussy-bars, who now sat by the bar, half-drunk, their eyes glistening with memories, and the truth was that he didn’t have the balls to go to pussy-bars, he was scared to push open their opaque glass doors and, night after night, shut them against his town’s decency, he was jealous of them, of the immigrants, of their boldness, their adventures, but he wouldn’t admit it, and he looked at them and they looked at him, and the space in-between was trapped in guilt, his and theirs.

Seeing that Pavlo was a bit slow in joining the conversation, the three Mohammeds talked between themselves, accusing each other: “You bought them all these drinks, I didn’t!” “You did! Wallah I saw you.” “Yes, yes, and I was watching you both…” until they started talking in Arabic, probably about how many beers they’d had, they talked in their language for some time, then Up-Your-Arses turned to Pavlo and, nodding towards the fat one, he said: “He’s an arsehole, Pavlo, he keeps talking about the Koran, but he’s like us, he does drink alcohol and he does buy drinks for the whores.”

And Pavlo kept silent, hearing the voices of the immigrants calling his name from the hell of Islam, Pavlo, Pavlo, he heard them, Pavlo, Pavlo, but he said nothing, he hid behind the veil of silence and saw them searching him with their eyes, and he felt that they couldn’t see him, because they were looking for someone bigger.

At last, he spoke the words of a bar tender. “What can I get you, lads?”

“Beer for me,” said Up-Your-Arses.

The fat one hesitated. “I should have tea, but how can I have tea while they drink beer? I’ll drink beer, too.”

And so he served them the beers and opened one for himself, and they all sipped their drinks and talked about something else, something easier for everyone, and in the space in-between there was dishonesty and repression, and out there there were the pussy-bars.

Alexandros Plasatis is a Greek ethnographer who writes fiction in English, his second language. His stories have or are due to appear in UK and American anthologies and magazines such as Meat For Tea, Meridian, Aji, Adelaide, Unthology, Overheard: Stories to Read Aloud, Crystal Voices, and blÆkk. He is a volunteer at Leicester City of Sanctuary, where he helps find and develop new creative talent within the refugee and asylum seeker community in Leicester, UK. He is currently completing his first book, a novel-in-stories.