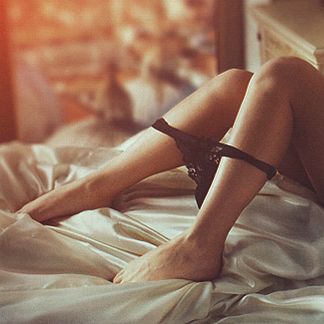 Trick is, make believe. A two-mile drive to the hotel, past Main Street’s banks, restaurants, real estate offices, dentists. Past the murkily named Qampanog Consulting Group. In broad daylight. For him a long, languid trip up the Congo in a steamboat, smothered by black jungle, fetid waters, and horror.

In the dim room, not much smaller than his apartment, he sat on the bed and waited, rubbing damp from his palms. He wore no Stanley hat, no havelock. Not in the air conditioned comfort. But he had thought the situation at least called for a new undershirt and cologne.

He held the door open then closed and bolted it behind her.

“This won’t take long,” he told her. “It’s been almost three years.”

“We’ve got plenty of time for whatever,” she said.

He sat on the bed and asked her to stand between his knees and take her clothes off. He didn’t have to ask. His wife had done that for him all the time. He didn’t have to ask her, either. He thought about her doing it whenever she sent him an e-mail about their cat, glimpsing moments of the undressing: her breasts settling when the bra came off, her panties clinging as they were peeled away. Within a few minutes he lay panting on the bed.

“I told you it wouldn’t take long,” he said.

Now, though, he took his time. His hands had quite forgotten the pulpy sensation and set about gauging it with a will of their own. Sometimes she had to tell him not to squeeze too hard. His hands savored the weight of her limbs, of manipulating them, and of twisting her warm, beating torso this way and that. They wanted to pick her up and carry her away. It seemed hardly possible that they held these things again. He didn’t need to rest much in between.

She brought him to his senses at the end of two hours but he wasn’t finished. They negotiated for fifteen more minutes, though ten did the trick. She dressed, folded the extra cash into her purse, and left.

A sound like wind through tall grass had filled his ears for the whole time she had been in the room, but now the silence of inanimate objects gathered around him—the television, a lamp, a phone. It pressed on all sides like a hand closing into a fist. Laying on his back, as still as every other object in the room, his mind struggled to resolve the image of her face. It was, he believed, an average face. His trouble came from being unable to picture it whole. He could glimpse only its parts: an upturned nose, a flat cheek, a thin upper lip. She had not painted these parts quite as much as in the website’s photo.

He had an easier time remembering her from the chin down but even here he was prone to glimpses: a sideways sagging breast, a pimple, a scuffed kneecap, a few blue veins. Also a tattoo on her pelvis, just below the small of her back: a design resembling a handlebar mustache.

He missed her. More than that, he missed her as though he had known her for years and she had died. He jumped straight to that instant when the shock of her death, the numbness, wore off and was replaced by a devastating loneliness. Heartsickness, he thought, a good name for it since the sensation was not unlike the feeling of a heavy stone on one’s chest, oppressing the function of one’s heart.

The air conditioning clicked to life and he turned on his side to face it. Through a part in the curtains he could see a slice of green leaves, a bit of blue sky and white cloud, and the brickwork of a neighboring hotel. He thought that his purchased emotion should surface in some way before it wore off, in weeping perhaps, but it didn’t. Waiting for it while laying on his side began to vex him. An ear pinched and his arm had fallen asleep.

“Ah well,” he said, rising to gather his clothes. “It’s just for in between, anyway.”

He’d said it often enough before.

John Alexander lives in the New York metro area. His fiction has appeared or is forthcoming online at Unlikely Stories 2.0, Wilderness House Literary Review, The Ear Hustler and Gadfly.