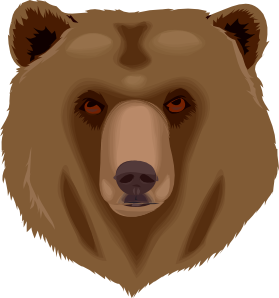 Curly circled the national park with his head out the car window, wind biting his ears over an hour, looking for the real Rushmore. The humorless faces, quarter of the size he’d imagined, had to be a teaser for the actual monument of staggering height and peerless construction. As for Yellowstone, the wild elk and buffalo had some magic. Old Faithful? Might as well shoot a yard hose into the air.

For the first time in twenty years of honest work, Curly used his vacation days and went West to see some country. What he’d left home for, Jackson Hole, Wyoming, made clear. He’d told himself he’d only be an hour at the tourist trap to muster strength, then back to rolling. Wasn’t but a few folks in The Million Dollar Cowboy Bar, a western-styled restaurant. They had a long bar on the far side, though, the stools real Texas horse saddles. As if he’d never left his studio apartment, Curly watched TV till nightfall. Seventh saddle from the right, he drank beer out of plastic bottles, sold like that to prevent bloody fights.

A family at dinner whispered about the drunk talking to himself at the bar. Curly smiled hollow-mouthed at the man in the mirror. Since the end of his fighting days, he’d had a dentist yank all but two teeth and give him falsies—easy to take care of and harder than real teeth. Couldn’t recall where he’d left them. Gray stubble coated his neck-flab like quills. His skull was newspaper-thin but for the lumpy veins. He looked like Old Cody, if his father had lived long enough to be truly old and useless to anybody.

The last family bundled against the cold, waved, was gone. Curly thought he’d stay awhile, might never leave. A minute later they returned, the parents white up to the waist, twenty-two inches of snow in the street. The bartender calmly disappeared in back. The family and stragglers moaned, as if dying, over their ruined plans. Curly laughed. The bartender returned with bedrolls, spot mopped one corner. Everyone was grateful and thanked the man as if he’d a choice. Curly went the other way—lights out under a pinball machine where the hardwood was still beautiful.

He lived snowed in with strangers for three days. They whined of their aching backs and canceled reservations. He’d never been better. When the beer ran dry, he moved to hard liquor and knocked down bottles one at a time, eager to lick them all. Whenever his leg cramped from his work at the bar, he pushed pool balls around or fiddled with the jukebox. Around midday, Curly roared whenever he passed the stuffed brown bear. The beast grinned in a display case beside the six-shooter that’d killed him, not scaring nobody but a boy who couldn’t go to the pisser without his momma in hand.

“He ain’t nothing,” Curly said and gave the case a smooch.

His momma took the child away, back to the family’s corner. Better to baby him, keep the boy small-hearted, afraid of big scary dead things, Curly fumed. The father didn’t say anything, either. A coward. Or he too knew there was no use in doing anything for people. The difference was all muddled.

“How much you putting in?” asked an older gentleman on the last day, taking bets for a horserace on the TV. Curly put ten on the colt High Decker. The horse was small-framed but wanted to win. Curly’d raced horses with his gang as a kid in the hills of Kentucky, and a winner always pinned his ears before a race. High Decker pinned his ears at the gate. The horses broke onto the racetrack. On the first loop, High Decker came nose-to-nose with the leader. Curly’s horse took second. A horse won no one had bet on, and the older gentleman didn’t know what to do with the pot. Curly suggested he buy a drink for every man, woman, and child as consolation. The older man asked his name.

“I mean your real name.”

The man’s mustache twitched side-to-side like a horse’s tail.

“…nobody you want to mess with.”

The gentleman nodded at the bartender, who took up Curly’s drink. When Curly sat up to tell them where to go, the older gentleman blew at his chest as if he were a candle’s flame. Curly looked down to see if the man had spit on him or something. His eyes must’ve screwed up because he tumbled out of the saddle and spilled onto the floor. If he’d hit his head, he didn’t feel it. The older gentleman held out his hand to help him stand, as if they were going to be friends after that.

Curly climbed the leather stirrups. He pulled at the horn of the saddle, found his feet.

Behind the man, the family huddled in their corner. The stragglers, just shadows, shuffled near the door. The bartender disappeared calmly in back. No one was on Curly’s side, except the bear. The dumb beast leered behind the glass.

Levis Keltner is the author of "Into That Good Night" (Skyhorse, 2018). He is the managing editor at Newfound and teaches writing at Texas State University.