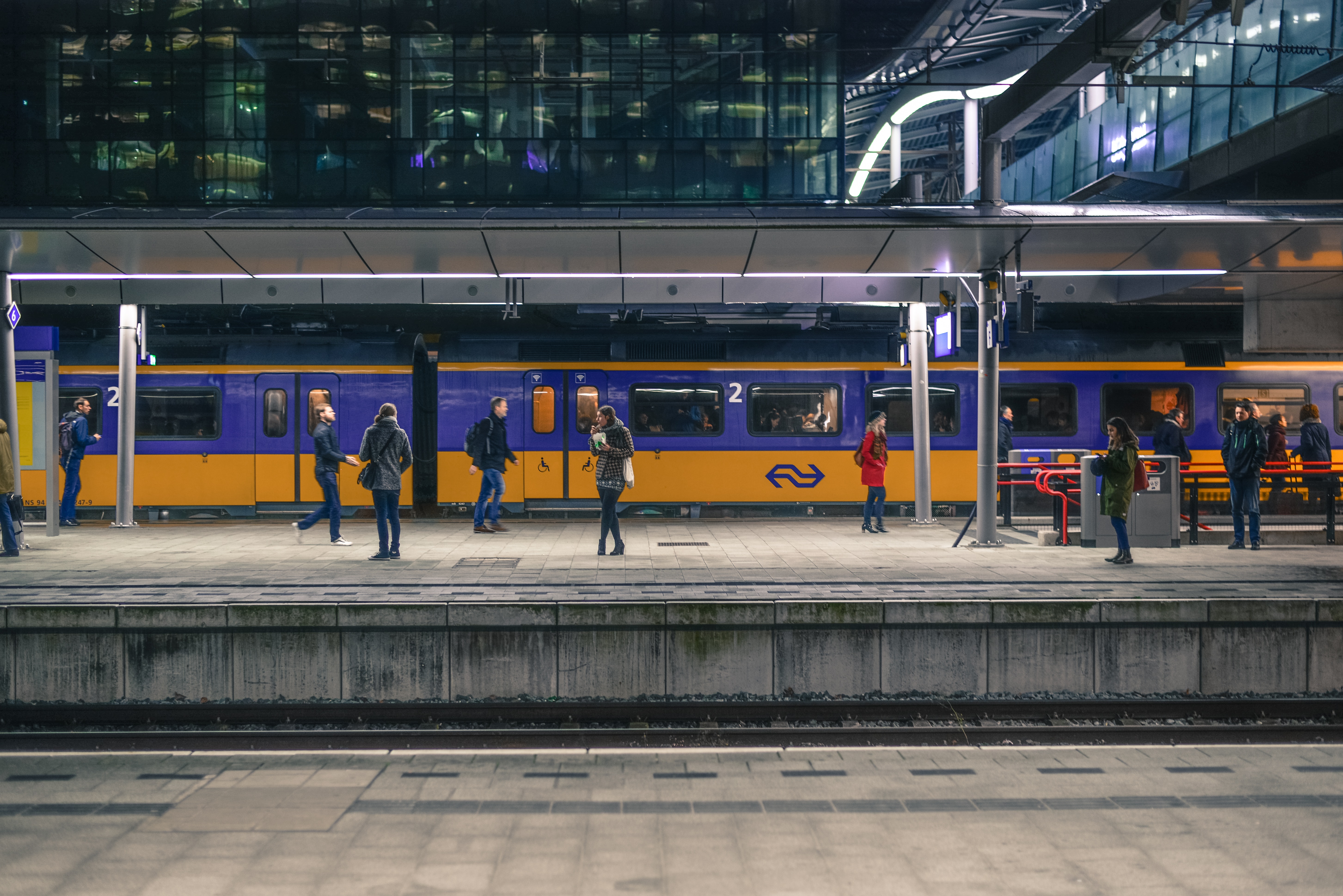 It wasn’t a punch exactly, more a swiping bear paw, followed by a lot of moving onto and through things. The noises were new, special-sounding. Like the hollow beat of head against door frame. I was out for a second or two. Then The Postman was standing over me, his red face all spit and snarl.

Violence is all about the truth. You have to hand it to violence—everyone knows where they are with it.

I touch the back of my head to check what sort of chunk might be missing. There’s a hard wet lump in the wrong place. Standing is out of the question—way too technical. Besides, it’s safer on the floor with my head next to the door frame.

Most people call him The Postman, even me.

Suzie grabs his arm to pull him away and shouts, “We never!”

The Postman scowls at her and pushes her away.

I wipe my mouth with the back of my hand and say, “Don’t know what you’re talking about.”

Suzie says, “We never.” She’s crying and it’s all she can muster.

The Postman stares and his upper lip curls.

“How long it been going on?”

I close my eyes and touch the cut over my left eye.

He says, “Tell me the truth, and we get this over and done with.”

I’ve got his eyes, his mouth, his huge slab-hands.

I breathe in, then say, “Don’t know what you’re talking about.”

He shakes his head. “After all the shit I’ve put up with…”

Suzie is closer to my age, it’s true. But fucking my old man’s girlfriend? Come on…

I’m all about the truth these days. I’m a real truth-teller. Try and stop me. I look into his eyes and he looks into mine.

He brings his face closer and bites his bottom lip.

I hold his stare and say, “Never. Touched. Her.”

You hear people say bullies are cowards. Some of them might be. But why would they all be cowards? And it’s no good saying someone should stand up to them. If I could tell you how one time The Postman came unstuck, that someone taught him a lesson, then believe me, I would.

The Postman is all dick, balls, and skull. That’s all he is. He’s a throw-back, a club wielding thick fore-headed fucker.

I’m pretty big too. It’s something he handed down. Size goes a long way in fights, in the intimidation game. I’ve seen average-sized men look at me sideways, seen them measure themselves. I learned this way back, when I wrestled this heifer of a boy at school. It was my first and last experiment with bullying; I’m not cut out for it. He knocked me down and pinned me to the floor. No way of shifting him. No chance. His fat cheeks wobbled, his chubby lips spitting some heart-felt shit about how I’d been on at him for months and he wasn’t going to take it anymore. Believe me, I was on his side. I could really see things from his point of view. I felt for him.

You ever been in a situation when you can’t move? I mean, you really can’t move. It’s all about size. All men know this. And all men know, if you’re going to upset the natural order of size in a fight then you have to learn the tricks. You need the speed, and above all, the ruthlessness to get in there first. If I’d known better I’d have poked the fat fucker in the eye before he had chance to charge at me. But I don’t have it. The Postman has the lot: the size, the speed, the eye gouging…

To take a beating means you can read the score of violence and give a good beating yourself. You see the treble clefts, lines, notes, timings, the lot. It’s all there when it goes red and limbs are being thrown. When you can read the score, violence slows down. You know what’s coming, read the points on the body you know hurt like fuck when they’re hit: the nose, the ear, the gut, the bollocks, the neck, the jaw, the knee, the ankle. Violence is one of those Beethoven symphonies. It’s best to start out with the whole orchestra, make them sit back in their seat and listen. You can use the quieter, more delicate, experimental shit later on, when they’re face down in a puddle of face.

I’ve been there myself, on the floor, waiting for the contact to stop. And don’t let anyone tell you pain is in the mind. Pain is all about the body. And it’s not just the pain: there’s the embarrassment, looking up at someone stood over you, your blood on their knuckles. It’s the contact, someone’s body hitting yours, that really lays it on thick.

When the music’s over and everyone has gone home, the real pain has its say. You’re eating two months later and your jaw twangs. Maybe there’s a jolt of toothache when you chew on a pork chop. There’s the pang of tendon, bone or muscle disagreeing on the connection of some sort of joint in your arm you had no idea was there. There’s a deep purple bruise on your hip that won’t go away. There are the headaches, the stomach aches, the throb in your shoulder.

I manage to sit, sliding my back up the wall.

Suzie covers her mouth with both hands. She’s seen The Postman’s violence-art before—first hand. But it never loses its ability to shock. That’s the thing with violence, real violence, it’s always a surprise, always a mystery. Even The Postman, when it’s done, has a look in his eye like: What the fuck just happened?

He points at me. “This is about that little slag of yours—the one you reckon I shagged.”

Carlie has this tattoo on the small of her back: Beauty is Truth, Truth Beauty. Some poet or other. Ironic, huh?

“You’re insane. You get your shit together and leave. You have until morning. We clear?”

The Postman kicks a chair and leaves. The front door slams.

Suzie sits next to me on the floor and examines my face. She raises a hand to touch it.

“What did he mean? Who did he sleep with?”

I’m not as pleased with myself as I thought I’d be. I had this fantasy: telling Carlie what I’d done, how I got back at him, how I won in the end. Even now, after everything, she’d say nothing happened between them. Not that she’d talk to me.

She really doesn’t get it. Feel sorry for her to tell you the truth. She’s wrapped up in all this and it’s nothing to do with her. Not really.

I stand and everything jerks to the right, then left.

I say a lot of things.

“We’re not going anywhere. You can stay here with The Postman if you want, but I wouldn’t recommend it.”

I reach for the bag I have packed.

I stumble past the overturned table and chairs.

The cold air finds its way into the cut over my eye and it stings. The dog from next door follows me along the street. At the crossroads the dog sits, its tongue lolling, its ears aimed at me, its head tilted like it knows I’m not coming back.

In New Street Station I work hard to read the the train times on the electric board, the glowing white place names and numbers jumping about. I close my eyes and breathe in. I open my eyes and see “Manchester.” That’ll do.

This man in a wheelchair, bearded and blanket-wearing, asks, “Any chance of some money for a ticket, mate? Need to get home.”

Mate? Who do these people think they’re kidding. Does this shit actually work?

“Is that bullshit? Tell me the truth.”

He stares at me, confused, like no one’s ever asked before.

“Yeah. It’s bullshit.” He smiles and his teeth are fucked up.

I tell him, “Everyone lies. Don’t feel bad.”

“You okay, mate?” He points at the cut over my eye, then looks at my pockets like I’m going to give him some money now we’ve connected.

I say, “Except me. These days I’m all about the truth.”

He nods, and the cheeky fucker looks at his wrist like there’s a watch there and he has somewhere to be.

The man says, “Prick,” then asks someone else for money.

There’s no way I can deal with a computer screen so I ask a woman behind the counter for a one-way ticket to Manchester.

“You okay, love?” asks the woman behind the glass.

I nod, and the way the woman looks at me, all sympathy and sorry, makes me see Carlie. Over and over Carlie said she was telling the truth. She cried. She didn’t sob or anything like that, but was real quiet about it. Her tears made her eyes shine and she looked pretty as fuck. She’s a hell of a liar, I’ll give her that. For a moment, I thought she might be telling the truth. I saw it all: the house, dog, kids, growing old, deciding who gets to die first. But all that’s bullshit. I’m not falling for it. Any of it. Not me. I’m all about the truth these days.

Adam writes flash fiction and short stories in the Black Country, UK. He’s won flash fiction competitions, has been placed in many more, and has over fifty stories appearing in various wonderful online and print publications. He was also nominated three times for the Best Small Fiction Anthology 2019. Twitter:@dazedcharacter. adamlock.net.

Photo by Skitterphoto from Pexels