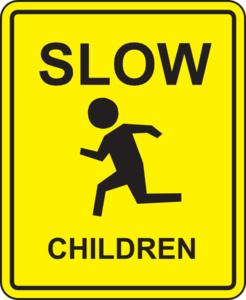 I leave, notify the police from elsewhere. The children leave too. Down the alley they go, to hide in a friend’s basement. The police give up, file a report…

Or—I sit in the dark room. The children have something very heavy with them. SLAM, it shakes the whole house and myself. I think to breathe: slow even breaths. My hand, poised by the nightstand. The door buckles. I see the glow of an alley lantern. I see them. I aim at the shorter one. Think twice, my friend. Footsteps retreating into the night.

Or not—and out in the dark, a flash.

We traverse the city. Overcast Sunday afternoons, humid moonless nights. Miles and miles, the city outdoes itself two weeks a year, in the spring and fall. The south side feels lived-in, well-loved. I ruin my feet walking.

I can’t account for our fearlessness. Even very young I could assign blame. The ill-minded packs of boys, the violent girls, the dogs. I would excuse myself from the dinner table, tear about the house checking. Climb the desk, peer through a window, cup my hands to block the light, squint to spot motion in the dark. My pricked ears, my peeled eyes. My fluttering heart. My synapses full of adrenaline.

At my first job, mopping with slow precision the ugly basement: listening and thinking. Out of the basement, hands washed, wiping pint glasses with a towel: laughter outside, a pack of children, traffic noise. A girl falls through the propped door screaming. Screaming, screaming. She refills her lungs to keep it up. The patrons are stunned. Then the girl laughs, the kids scatter, the manager occupies their space. Awkwardly, an apology for something over which he had no control.

I wander with friends to the abandoned factory where we smash windows and toilets. I have this gorgeous scar, curved and smiling like a mouth full of teeth, where a toilet shard entered my patella. At the factory we enter a room full of dismembered furniture and exit again, crowbar first, flourish, last, the sound of iron swinging through the air to connect with nothing. Me and the others, scanning for unbroken glass through a flutter of roused crows.

As soon as I relax: a rock through glass. My parents in the kitchen, my brothers in the den. The size of the rock—a pebble. My father dashes into the night.

Once I actually saw two of them. One saw me back: laughter. I told my father. He gave chase, returned, fruitless, nothing.

A few days later, in the car: see those children there, my father says. Do you know them?

I squinted. Neighborhood children, laughing and talking. We followed them, could hear their words. Maybe it was the low cloud cover, or their hubris. He said: interesting, isn’t it?

Kiss me, she says. The room at the factory, full of torn couches. My high school flame, Ilsa.

Kiss me, she repeats. I fear the decrepit place. Bogey men, bogey cops, bogey children like myself, like Ilsa, there to break glass, smash toilets, fuck.

I stick around after high school, hesitant about life. I work the old job. Eventually, taking classes at the local college, I chafe against my small world. The posters all seem to say, Europe! Europe!

Life abroad eases my nerves. After a year, home again. The old streets, the old vigil. Paranoia fills the blank space. At the train station near my school, four children wrestle my bike from me. Goodbye, old friend. The thieves, I hear, run down another student, beat him to death for his backpack. My bike is recovered.

There is a rise in bike assaults: feral children in packs doing evil. Pulling us from our bikes. They did this to a friend of mine. They kicked him until he stopped moving. It becomes a point of honor to ride everywhere.

In the room of ripped couches I flounder, can’t do it. Not at home, listening for noise from the gangway, the alley, the grease-slicked intruder-proof sills, the concrete basement stairwell—and not here either. What is it? says Ilsa.

Nothing. I put my hands on her again; she put her hands on me.

Ilsa’s last lover was candid about the distance they covered. At school he showed us, holding up two fingers like a gun. To the seniors, this meant something. Only later did it dawn on me: those fingers, and where they weren’t.

What is it? Ilsa says again.

I fantasize about revenge. I consider what it might mean to dismember someone like a couch; to string someone up; to empty a gun into a soft belly. In college I read about the emotionality of Einsatzgruppen, about the intimate nature of killing. Both Browning and Goldhagen mention psychological afteraffects of blowback—of blood and bone and so on—and the smell, and more: nudity, begging, eye contact. I think about that. I think about a modicum of patience. I begin to smoke marijuana to relax. This soft cloud, and through it: the latest from my roommates, coworkers: Nikki’s been mugged, she has a black eye; So-and-so’s car’s been stolen; Akil, remember him? He and his brother are in the hospital. A mob of children beat him and his brother unconscious. They came, he said, from nowhere all at once: dozens of arms hitting and hitting, laughing. Akil’s brother cannot see anymore.

I visit Akil in the hospital, I ride home fast and low. I stop by my dealer’s, stop by the store. To work again, home again. At work I imagine burglars. At home, lurkers in shadow. In between, on my bike: death by car, death by mob of children, death by negligence. Then, a change: a summons from the courts. At jury selection they ask many questions; I tell them about the children who run in packs, about my manifold fears. Despite this they choose me. The defendant is an intruder. The plaintiff is a killer.

Semester ends, and it finally happens.

Her name is Sarah. I am very close. I hear a rattle in the gangway.

I pull out, apologize.

I go to scan the alley, the backyard, the quiet cars parked there.

In the dark room I hear Sarah say, This is what you need to do right now?

Four children, one after the other, clearing the chain link fence into the backyard of the next building. They disappear for a second, reappear dragging a red lawnmower.

So what? she says. They will mow the lawn.

The four children drag the lawnmower across the yard, haul it over the fence, disappear. I phone the police. They put me on hold. Sarah lies down. I sit beside her, describe the lawnmower thieves to the police.

I hang up. Sarah dresses, leaves. A moment later a helicopter rattles the windows, the phone rings again. They have someone. I go to the window to see two officers holding a young man in baggy pants. On the phone: Is it him?

The man ticks off details on his fingers: I will not hide in my house. I will not voice a warning. I will not be hunted …

I sit up straight. A thought: Can I affect anything for the better, by wishing it? I peer at the man who’d killed, at the child with many faces: an intruder, an assaulter, an impresario of crimes. I try to relax. The Judge asks the man to explain what it was he did do.

A week ago, seventeen children mobbed a cyclist in the park and beat him unconscious. They stole neither his bike nor his wallet. Two weeks before that, five children suspected of mugging an elderly woman were taken into custody. The key witness failed to appear in court. The woman died of her injuries. All five boys were released. Sarah, just two nights ago, was followed to her car. A pack of children from afar, suddenly close. By the time she got in and locked the door, they’d surrounded her car, smiling at her.

I find a switchblade, broken, forced in the open position. Still mean, still insistent. I keep it in my pocket. When the children come at me I shall rise up.

I sit in the dark. Something huge buckles the door from its frame. I see night through a crack, feel the cold air. I rise, take aim. His small chest, his small heart. The heavy thing comes down again. I open up.

Caleb True's work can be found in Ploughshares, The Sonora Review, Ninth Letter, Entropy, and elsewhere. He is seeking representation for his novel The Failure of the West, an epic about millenial artist types. He lives in Seattle and runs the boutique press Dynamo Verlag (dynamoverlag.com).