We’re Trying to Tell You 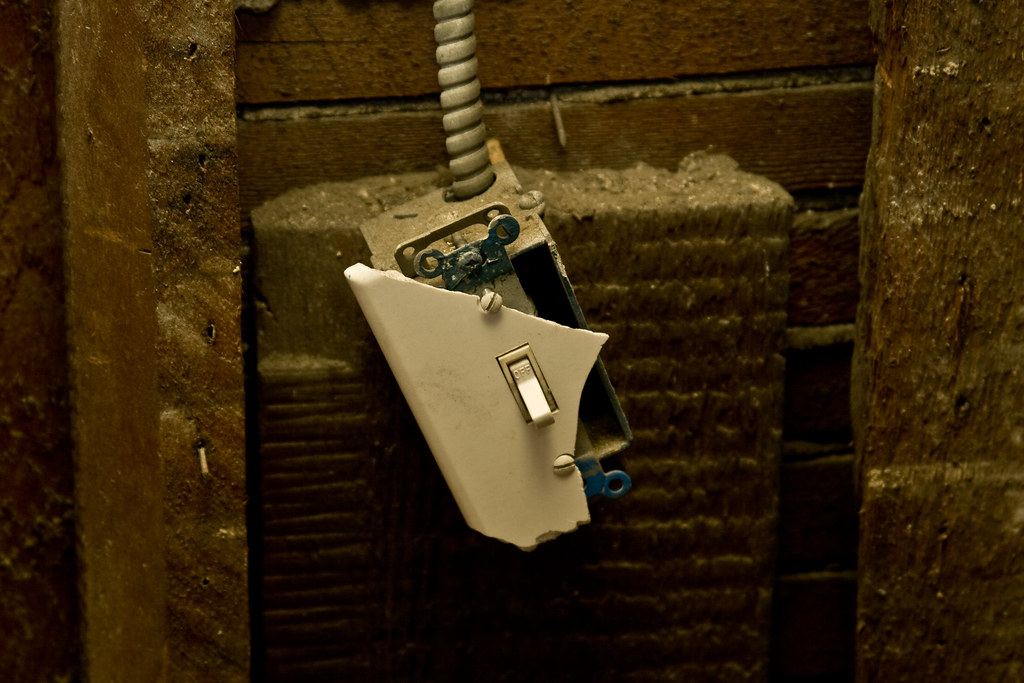 My dad says he’s tired of turning off the lights, that he works too hard to be nickel-and-dimed by the energy company, that if we’re only going to move from room to room, eyes pivoting from screen to screen, then the least we could do is flip a switch every once in a while, that is if we want to continue to have Wi-Fi and HBO, and Xbox Live, and soda, and pizza every Friday night. A little respect is all he’s asking for, but of course we ignore him, it’s either that or tell him to go fuck himself, but in our last kids-only family meeting, Jett said we had to keep Dad on the even keel, that if we wanted to avoid counseling and a barrage of new medications, if we wanted to avoid the screaming and the threats, we’d better lay low, that turning up the volume on our iPads was a better way to go about ignoring Dad’s new crisis. Besides it kept Mom from getting her headaches, from binge-watching those trashy Housewives shows.

I’m not the one that usually gives a shit about parental issues. We save that crown for Hope, a middle child if there ever was one, and her constant attempts to get someone to notice her. You know those stupid challenges: Tide Pod, Salt, Momo, planking, or whatever, she’s done them all. Every six months she goes to the hospital puking or gasping or screaming, and me and Jett just shake our heads. We’d like to help Hope, but she thinks we’re the problem. It doesn’t help that she hates music, that her life is more dramatic than any show on TV, that she’d rather sit in her room cutting off the bottom inches of her new mini-skirts.

But tonight when I walk in the door late because I skipped the bus to try skateboarding at the library, Dad is standing in the kitchen, his forehead greased with sweat from some chore we’ve been refusing to do, flipping the light switch on and off. Mom’s nowhere in sight, and she’s the only one who can calm him down when he’s freaking out. Jett and Hope are sitting at the table, the one that still has stains on it from our paint and marker days, the one my mother would love to replace, but my dad refuses to throw out. Mom’s always begging for new furniture, says it would finally make her finally feel at home even though we’ve lived in this house since I was a baby. Jett and Hope don’t even have their headphones on or their phones out, and it feels like I’m walking into a courtroom. Jett doesn’t even smile, when I say, “What’s up, Pops?”

“Have a seat, Hudson. There’s something we need to get straight,” Dad says, the lights flashing on and off.

“Can’t we skip the lecture. I mean we know it all by heart. Work too hard. Bills. Lazy. Shape up or ship out,” I say, turning toward my siblings, but either Jett’s really high or he’s been crying, and Hope is never this quiet. I can usually count on her to distract Dad long enough for me to make it to my room unnoticed. And where is Mom?

“You don’t want to sit, that’s fine. But you’ll goddamn hear me for once.” He leaves the light switched off, puts his hand out as if to grab my shoulder, but I’m already ducking away toward the refrigerator, pulling it open hard enough to make the condiments jangle in their glass jars.

“Did you run this little speech past Mom?” I rummage around until I find a Lunchable and a Pepsi, hoping Hope hasn’t eaten all the fruit snacks.

I close the fridge door, hands full, and now Dad’s crying too, and god as if this wasn’t the worst play I’d ever seen. “What about her? Did she finally go crazy?”

Dad crumples into the chair, the wooden back popping.

“Hudson, we’re trying to tell you,” Hope says. She hovers next to Dad, her hand resting on the chair back. Her fingernail polish is dark purple but chipping.

“I thought we agreed to leave the old man alone,” I say to Jett.

“He’s in charge now,” Jett says, wiping at his nose with his sleeve like a toddler with a nasty cold.

I pop open the Pepsi because I don’t know what to say. I’m tempted to run out of the room, but even if I don’t like them much, they’re my family, and however this bad news turns out, I need to hear it.

“She freaking left, man. Like pack up all her clothes and jewelry, left a note with an address, kind of never coming back—left,” Jett says. There’s something about his eyes, the shape of them that reminds me of my mom, and I step toward him because I want to punch away that resemblance. He doesn’t even flinch, and my dad is reaching out, and we’re holding hands, and I don’t let go, because it’s better than him flipping the lights, a code that might have said I love you, but my mom must have misunderstood, must have heard I won’t, I won’t, I won’t—change.

Tommy Dean lives in Indiana with his wife and two children. He is the author of a flash fiction chapbook entitled Special Like the People on TV from Redbird Chapbooks. He is the Flash Fiction Section Editor at Craft Literary. He has been previously published in the BULL Magazine, The MacGuffin, Split Lip Magazine, Spartan, Pithead Chapel, and New Flash Fiction Review. Find him @TommyDeanWriter on Twitter.