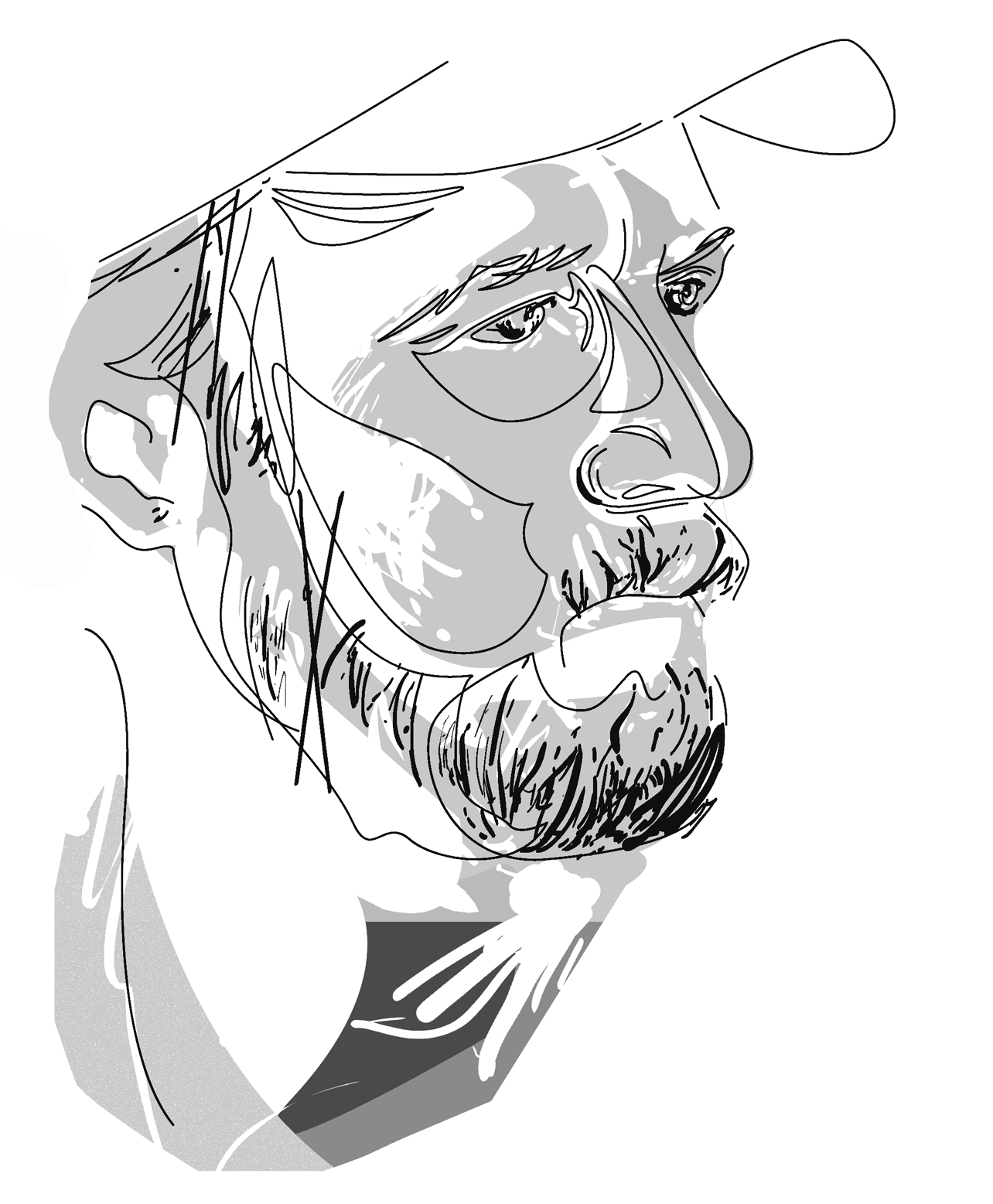 From the full-length interview in BULL #3:

JH: I was hoping we could unpack a few lines from your latest book, Local Souls. The first—“Naturally I go, a man accompanied, a man one certain other man described.” I thought that “described” was a curious thing to add in there. Why is that important?

AG: Well, maybe one of the things we give each other as husbands and wives, as friends, is a report of how we look and seem in the world. You get a haircut and you come home and your wife says, “Oh this is not the work of your usual barber, this one’s different, he cut a little high over your big ears and promise me you’ll ask for the other guy next time.” She’s describing you and there is joy in that, big ears and all. We all of us feel at some point that we are freaks—that we’re either grotesque or invisible people. So to be lovingly described means to be noticed, means your loved, admired. To be ‘read’ means you are real in the world of another person.

JH: Could that be applied to your work as a writer? You’re describing people—they’re not real people, but they seem to sound very real to you.

AG: When I am writing fiction these people in the novella seem more real to me than do most overly-complicated people in my waking life! And thank God they do what I tell them to do. If only everybody in the world would do that, we’d all live in a much more peaceful and happy world! I do want to be a fair creator and descriptor of my characters. I want to treat them as judiciously and humanely as I would like to be by some descriptor god who’s telling me alive on the page. I take the reordering justice very seriously in creating a fictional world. I want my fictional people to have a fair break, to get some kind of credit for the difficulties of their lives. I don’t intend to give them a free ride since I think that’s completely uninteresting in fiction. My characters should have gigantic problems, ones that reflect the difficulties of everyday life as you and I live it. But I do try to mete out a kind of fairness somehow. In Local Souls, truest wishes are often granted to the long suffering characters.

JH: The other line has to do with fathers and sons—a quick one but big enough to really dig into—when the narrator is describing the fancy house that his father coveted, then finally attained, he says, “It had been Red’s great wish for himself, meaning me.” Can I ask you, first off, what that line means to you?

AG: Well, I think every generation contains the next. A lot of working class parents believe that though they themselves can’t get into the club, though they themselves can’t pass as gentry, with the right education and with enough sacrifice they can make that possible for their children. They never ask if the kids actually want membership in that particular club. As Groucho says, we only want into the club that wouldn’t have us.

So that I think Red sees his son as his own best self. He feels that by making an easier life possible for the son, he is in fact redeeming and immortalizing himself.

JH: I identified with that especially having a son, and feeling the strange compulsion to impress him, this little four-year-old boy, by chasing a vague concept of “success.” Only doing so often doesn’t seem much to anyone’s benefit, especially not his.

AG: That’s right. It’s a real dilemma, isn’t it? You feel you’re in some Olympic relay. You feel you’re St. Christopher carrying the holy child on your back. There is no putting him down in the river. You’ve got to keep going. I think there is a kind of relentless quality to the pursuit of excellence for somebody else. And it’s destined to be misunderstood by the person who’s your chosen beneficiary. That’s the condition of being fallen. We are in the world full of joys, beauty, and pleasures, and yet on too many days, fifty weeks out of the year, we are cut off from the beauty of the world and from a joy that is our true birthright. Blocked by what? A sense of guilt, a sense of sin, an abiding sense of personal unworthiness…

Jarrett Haley is the editor of BULL.