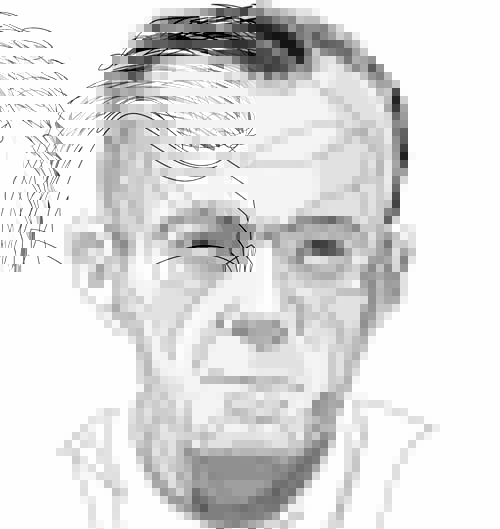 In an era of ironic detachment and in a time when blue-collar sentiment is worn like the newest fashion, Donald Ray Pollock is the genuine article. He’s quiet, unassuming, even humble. Letting his work speak for itself, his first book, Knockemstiff, is already considered by some to be a part of the American Short Story canon. The Devil All The Time, his first novel, was hailed as the return of Gritty Realism. Here’s some choice excerpts from the BULL #2 interview with the best writer to ever come out of Knockemstiff, Ohio.

On going from factory work to writing:

“If I can do it, damn near anybody can. It wasn’t a matter of being smart or blessed with talent—if it was, I would have been fucked from the get-go—but it’s been more a matter of having the discipline to keep at it, no matter how many rejections I got…”

On first finding his voice:

“I’d mostly been trying to mimic other writers, writing about wealthy suburbanites and lapsed Catholics and East Coast intellectuals and on and on, people I really knew nothing about, then I wrote this story about two huffers sitting in a donut shop in southern Ohio…”

On the grim depiction of his hometown, Knockemstiff:

“I’d probably paint the friggin’ Magic Kingdom in the same way, just because of who I am. I’ve always viewed the world as a sad and often tragic place, and that tends to come out in my work…”

On the role of violence in his work:

“Consider this: if there are two stories on the front page of the newspaper, one about a serial killer and the other about a boy scout who donates his piggy bank to a local homeless shelter, which one are you going to read first? I might be wrong, but I believe the majority of people will read about the killer…”

“Once I have an idea for a story, I usually try to put down as much slop as possible as fast as I can until I have something down on paper to start shaping…”

GET IT ALL, HERE.

← BULL is BACK
BULLshot: John Warner →