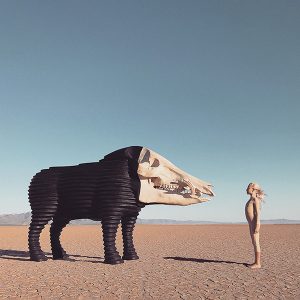 You can tell where some bands are from by their sound. Other bands sound like tears in the fabric of reality. Man Man is the latter. If you were to guess where they are from based on the sound of their music you might think they sprang into existence in a secret bunker below a… END_OF_DOCUMENT_TOKEN_TO_BE_REPLACED

Unbearable Burden of Being

I am bad at killing myself. When you are unsuccessful at suicide some people say you really just want attention or that it’s a cry for help. But really, sometimes you just suck at it.… END_OF_DOCUMENT_TOKEN_TO_BE_REPLACED

Do It With Grace: An Interview with Portugal. The Man

Since 2006, Portugal. The Man has been making fearlessly evolving rock and roll. Each of their eight studio albums have shown passion, experimentation, and growth in equal measure. The four year gap between 2013’s Evil Friends and 2017’s breakout, Woodstock saw the band record a massive amount of material before scrapping an album they had… END_OF_DOCUMENT_TOKEN_TO_BE_REPLACED

The Language of Depression